On Sunday morning Aaron and I headed for Disneyland! Yes again, I know we just went recently with my family but who can resist all of that Disney magic?! We are down south a lot for Aaron's doctor's appointments so we splurged on season passes. Yes that does mean you will be seeing numerous Disney adventures of us. We do like to try different restaurants and attractions while we are there, but can't resist the characters and some of our favorite rides. We stopped at the bottom of the grapevine for a quick early lunch because the new Chipotle is open! I know I took a picture because I was so excited. I could eat Chipotle everyday. When we arrived in Los Angeles it was beautiful and sunny. Perfect Disneyland weather and the characters were out in full force. Although some were heading in for a break so I had to catch them on the run. Donald tried to get away, but Aaron got a quick shot of him and I. We then ventured toward Frontier Land and found Mickey, Minnie, and Goofy dressed up country style! There was even a hoe down going on. We rode Matterhorn, and Thunder Mountain then caught a snack at my friend Sophie's favorite spot, The Bengal Barbeque, then headed to California Adventure. I was told by friends that The Aladdin Show was worth seeing, and they were right! It was amazing, extremely entertaining and a great place to rest your feet. We hit up Soarin' Over California after the show then enjoyed a relaxing dinner at the Rainforest Cafe. Shopped a little in downtown Disney, grabbed sweatshirts and went back into the park. We caught the firework show and then the crowds began leave (which were pretty low to begin with) so we were able to hop right on rides with about 5-25 min wait times it was awesome! We rode most of the rides twice! We also were able to meet up with our dear friend Pam Baker and her two girlfriends who kept us laughing all night! we closed down the park with an ice-cream run and then crashed at our hotel and headed home Monday. 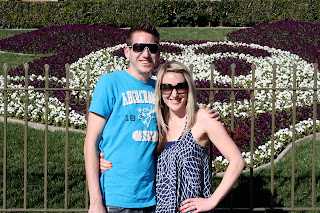 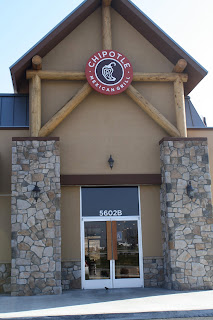 Donald thought he got rid of me : ) 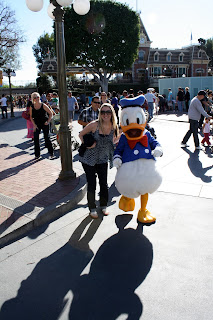 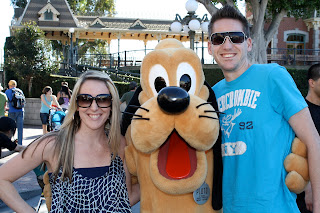 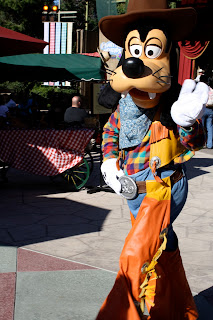 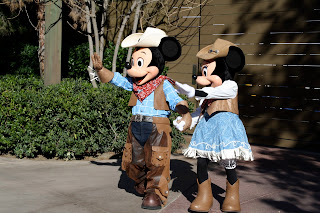 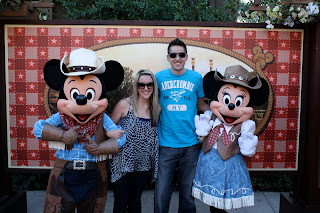 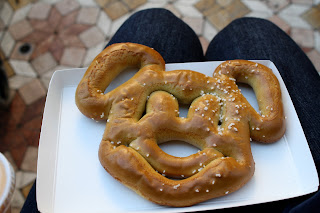 Not the Jasmine and Genie from the show but still exciting 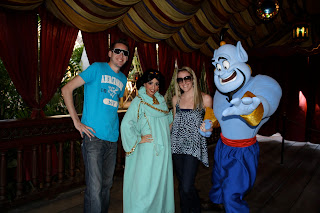 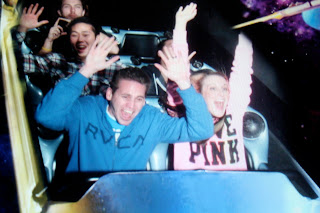 Pam Baker and I 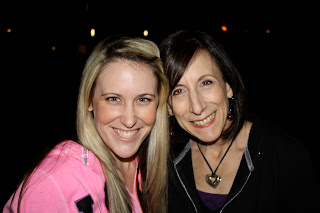